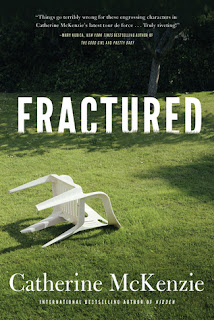 Julie Apple wrote a best seller named The Murder Game and her life has been turned upside down ever since. She became somewhat of an overnight celebrity; signing books, attending interviews and being stalked by a woman named Heather. Things became so difficult and dangerous for Julie, her husband Daniel and their 6 year old twins that they had to leave their home in Tacoma, Washington to start a new life in Cincinnati, Ohio. The choice that once seemed idyllic has taken a turn for the worse. Their new family friendly neighborhood is run by an obsessive mother named Cindy who tracks the families through iNeighbor, sends nasty emails and controls all social events (think Stepford) Julie begins to jog early in the morning with John, whose wife is furiously jealous and she is having a real hard time making any women friends. As she works from home writing her next blockbuster, Julie has an awful lot of time to observe the comings and goings on her street. Teenagers sneaking away in the night, the movements of Susan’s ex-husband Brad begging for forgiveness and Cindy the queen bee bossing everyone around. And then it begins again. The phone hang ups. The scary notes left at the door and headless Barbie doll on the porch. Julie fears being labeled crazy as her premonitions seem to be coming true. She does not even know if her own loving husband believes her anymore. When a horrific accident occurs the truth begins to unfurl, the question is: whose truth? I absolutely melted into these pages of mischief and mystery. Loved the characters and thread of whether Julie’s murder mystery was really about herself. Highly recommend if you are in the mood for a completely twisted, suspenseful novel!
Posted by Karen at 12:27 PM