The Other Half of My Soul 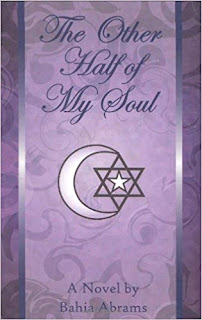 Rayna, a beautiful, smart, youngest daughter of a religious Jewish family in New York begs her parents to allow her to go away to college. She is rarely denied and has always been her father’s favorite. They finally permit her to study journalism at the University of Maryland as long as she continues to follow their strict religious codes of eating and socializing as they do in their small Syrian community in New York. When handsome Rami sits beside her in class she immediately feels her world turn upside down. He is instantly enamored with her as well. As the two young people get acquainted she learns that Rami is also Syrian. His family lives in a small village, they are Muslim and part of the Shi-ite minority. The more Rayna and Rami learn about each other’s customs and beliefs they are surprised by the similarities but well aware that neither of their families, nor the terrorist group sponsoring Rami’s scholarship would approve of their friendship and vehemently forbid a romance of any kind. But they are young, idealistic and in love. Rami and Rayna naively believe they can find a way to be together without anyone getting hurt. This novel is a unique story filled with passion and determination. It brings up a lot of difficult issues regarding family, religion, politics and deep rooted history. The writing is average (needed serious editing) but I must say it was an extremely interesting read and will be a heated discussion at book club this month. 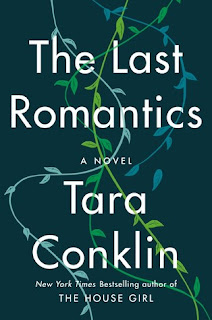 The fours Skinner siblings survive the Pause. This is a 2 year period where their mom, after the unexpected demise of their father, enters a state of suspended life. She rarely leaves her darkened bedroom and the children manage on their own. Renee, the eldest takes care of everyone; clothes washed, mouths fed and games played - while they wait for the Pause to end. Renee, Caroline, Joe and the youngest Fiona form an unbreakable bond during this time that will guide them and affect all the choices they make for the rest of their lives. Later, Fiona becomes a renowned poet and her most famous love poems are the essence of her and her family. From the perspective of Fiona - at well over 100 years old - this story flashes back back back through the Skinner timeline; the relationships, the triumphs and the losses. The siblings search for true love, and learn that their lives have been deeply affected by everything that happened during the Pause. After reading and loving the historical fiction novel by Tara Conklin years ago, I jumped at the chance to read her latest work. The writing is once again astounding but I have to admit the story of a dysfunctional family and how siblings survive is not very original. Sometimes it is just timing but I had to force myself to the finish line. 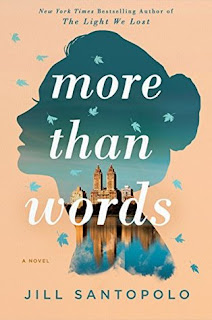 Nina has grown up as the wealthy daughter of New York hotelier and legend, Joseph Gregory. After losing her mother at a tragically young age, Nina has been her father’s princess, an only child that is the future of his empire. Recently, her world has been turned upside down. Her father is ill, her lifelong best friend Tim has proposed. Nina has been raised in a world filled with headlines about her family. She was groomed for a life of public persona. Tim understands all of this. They would be a power team. There is no-one who knows her better. Nina is working on a mayoral campaign and when the candidate, her boss Rafael is in the same room, she cannot breathe. As Joseph Gregory’s health declines Nina learns more about her parents mythic relationship, the family finances and the truth about her own warped memories. All the while, when Rafael is near the world stops spinning and instead of following the crumbs laid before her, Nina must finally choose. I nervously picked up this latest love story by incredible author Jill Santopolo. After her bestseller - The Light We Lost - well, who could blame me? I am happy to report I fell down the Santopolo rabbit hole once again. Do not miss this beautiful, touching (much too quick read!) about making hard choices with the ones you love and changing your destiny. 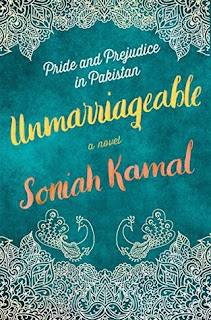 After Bark Binat has a falling out with his brother, this wealthy Pakistani family loses everything. Gone is their wealth and status and fancy estate. He moves with his wife and their five daughters to the small town of Dilipabad. Jena and Alys, the eldest sisters, teach English Literature at the British School nearby and their mom spends every waking moment trying to find them husbands. When they are invited to the biggest wedding of the year, she has convinced the girls this may be their last chance to grab a marriage. Jenna is quickly enamored by the handsome Bungles, while Alys and Darcee begin their love/hate relationship. This Pakistani retelling of Austen’s Pride and Prejudice is absolutely hysterical and completely entertaining. Author Soniah Kamal’s elaboration of a very real part of Pakistani culture - where marriage and status are of the highest priority - combined with the well loved classic, is a great combination, merging past and present and laughing all the way to the altar. 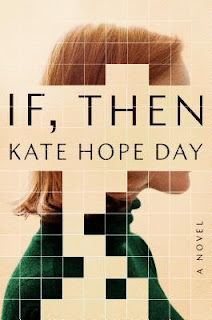 We meet four neighbors in the sleepy town of Clearing, Oregon. They live at the base of a dormant volcano and a typical day includes the ground rumbling a bit.  Ginny, a surgeon and Mark, a scientist are busy working and raising their son. Mark is tracking a species of frog in the forest. Disappointed he did not receive a grant to further his study, he believes the frogs will foretell a natural disaster long before a man made detector will. Samara, a realtor, comes home to help her father and mourn the recent loss of her mother. Her boyfriend patiently waits while she searches for clues and signs she believes were her mother’s wishes. Cass, a graduate student of philosophy has taken a break from work to give birth to her daughter and is finding it hard to separate her mind from motherhood long enough to continue writing. Her mentor Robby, another neighbor, is very sick in the hospital and while Ginny cares for him, Samara has put his house on the market. It is clear  that the destinies of these connected souls are about to change when the visions begin. Every time the earth rumbles these characters witness a parallel universe of themselves. Terrifying at first, the neighbors do not share their visions for fear of being thought insane but they all become desperate to know what these brief moments really mean. This very original novel had me on the edge of my seat. The reader cannot stop turning the pages as this rumbling, like the story itself quietly gains momentum. Highly recommend this well written, hypnotizing debut novel. It really makes the readers imagination run wild.

If you loved The Last Flight ...