The Language of Hoofbeats

Paula and Jackie move their unconventional family to a small remote 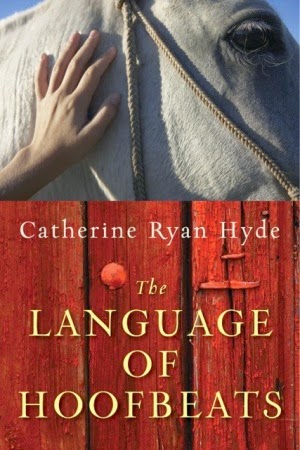 town in California. Paula is a big animal vet and Jackie, an artist home with their kids; Quinn, a young adopted son, Mando an angry pre-teen whose mother is incarcerated and Star, a 15 year old runaway girl who cannot find the love she is looking for nor the ability to make it on her own. They rent a sprawling home on a practically deserted street save for one neighbor. Clementine is an older bitter woman alone and afraid, the town fears her wrath and most folks prefer to stay far away. But Star befriends a horse on Clementine's property that appears neglected and lonely, like herself. She is drawn to care for this horse no matter the consequences and so begins the unlikely relationship of Clementine in all their lives. As Catherine Ryan Hyde reveals the story of family, friendship and trust I became immersed in this beautiful unique story, one I had never imagined. Easy simple flow, I highly recommend this enjoyable read. Thank you TLC book tours for the early read!
Posted by Karen at 8:38 AM 1 comment:

Okay, this one had me on the edge of my seat. Talk about 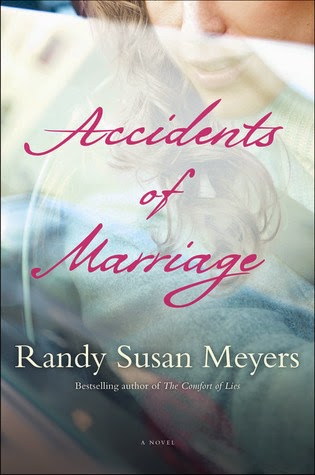 your worst nightmare. Maddy and Ben live in Boston with their three beautiful children. Ben, a successful attorney works tirelessly in the public defenders office and Maddy is a social worker at the local hospital. Family, friends and busy lives surround them constantly. Days are long, sometimes supper isn't ready and yes, milk often spills - but they always manage to trudge on. Ben is a tough guy to handle. His mood swings are often and go from angry to angrier. When he is working he is defending clients where he is passionate and strong - but when he comes home upset the entire family pays the price. As Maddy helps people for a living she is accustomed to working through an issue but Ben does not want to be psychoanalyzed by his wife and refuses to believe anything is ever his fault, until the accident. There are explanations, excuses and details that lose importance when tragedy occurs and their lives are forever turned upside down. Ben loves his family and whether he is right or wrong, there is nothing he won't do to win their forgiveness. A wonderful writer, Randy Susan Meyers shares this story with care and honesty. It is difficult to decide who to love but this cast of amazing characters will stay with you long after the book is finished.
Posted by Karen at 2:17 PM No comments:

When We Were Romans

Hanna, Lawrence and Jemima are off on an adventure. 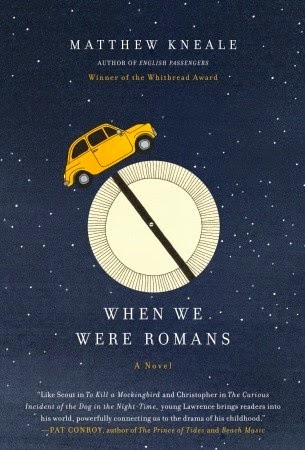 They are trekking in a small crowded car from their cottage home in England to Rome, where Hanna spent happy times many years ago. 9 year old Lawrence and his little sister, along with hamster Hermann think this is a vacation but in actuality Hanna is running away from her troubles, new and old. They are short on money and stay in bursts of energy with multiple friends to which Lawrence applies an animal for each, like Crissy chick for example. The story is told through the point of view of Lawrence so its saturated in the misspellings of a child, British vernacular and repetitive grumblings. He only wants to make sad mummy happy and tolerate his little sister long enough to get through this trip and back to school in time for his exams. Little does he know that the adventure becomes as twisted as the roads they travel. Mum never stays smiling and the reader slowly understands the seriousness the novel begins to take. The realization sets in and although I dreaded what was obviously coming, I had grown to love these characters and hoped and prayed for their best outcome. Completely original When We Were Romans is an incredible journey in an entirely different direction. Anyone with an open mind to creativity and life in general will "get" what this book truly represents. Highly recommend to my faithful readers!
Posted by Karen at 1:45 PM No comments:

Jenna Metcalf is a thirteen year old girl searching for her mother, 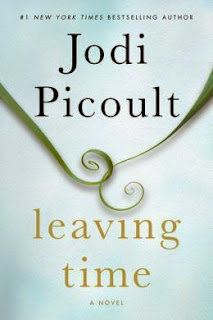 Alice. She disappeared 10 years ago after a tragic accident at the elephant sanctuary where her and her husband lived and worked as scientists and activists. Jenna is a feisty, brilliant young lady who has traded her entire childhood to play detective. She has devoured every word of Alice's scientific journals. Jenna believes her mother may still be out there and is torn between the horrible idea of finding out she is dead or the more horrible idea that she is alive, on the run and chose to leave her beloved daughter behind. Her father is in a psychiatric hospital after a complete breakdown following the events at the sanctuary and Jenna hires a quirky psychic named Serenity and a has-been detective called Virgil to help her solve this lifelong mystery.

Hmmmmm ... this is a tough one. Jodi Picoult's writing is as always, superb. She flawlessly carries the reader through this story with mystery, humor, and lovable characters. The elephant theme kind of surprised me. There is a lot of elephant behavior research and it is both interesting and burdensome. I loved the twists and turns of the actual mystery but found myself wanting some other parts to hurry up, and I rarely feel that way. I adore Jodi Picoult. She always has a great story to tell.  I suppose if you love mysteries, elephants and nature it is perfect for you!
Posted by Karen at 3:34 PM No comments:

After WWII zones were set up in Germany to rebuild, denazify, 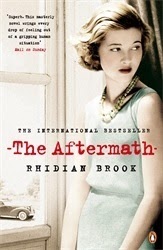 democratize, feed and in general help the German citizens. They say the Americans got the view, the French the wine and British got the ruins. When the Morgan family arrive, Colonel Morgan is stationed in Hamburg, one of the most destroyed cities in all of Germany. His wife Rachael and son Edmund make their way by ship from England to be with him, they are scared, nervous and have not seen the Colonel in quite some time. Rachael, not herself since their elder son died in a bombing the year before, and 10 year old Edmund is both reluctant and excited to see his father and begin a new life. There are but a few residences they could possibly stay in while on this post and Colonel's status leads them to a mansion by the river that has survived the war but its owners remain, which can be seen as lucky or suspicious to the troops. Being the fair, kind, intelligent man that he has been through this war, Colonel Morgan allows the father and daughter to remain instead of going to an internment camp where its residents are freezing and starving through the brutal winter. The house is huge but the idea of living with "the enemy" is revolted by the Colonel's colleagues and Rachael's acquaintances. The unlikely understanding and tolerance between the two families is a lesson in itself. Rhidian Brook is an incredible writer who shares this story with creative grace. Coincidentally, after I finished, I found this amazing article - http://www.theguardian.com/lifeandstyle/2014/nov/01/hamburg-after-the-war-how-my-dad-made-friends-with-the-germans which explains the premise of the novel and connection the author had to this house and this story. Highly recommend The Aftermath, there is no doubt I will be reading more by this talented author.
Posted by Karen at 7:52 AM No comments: