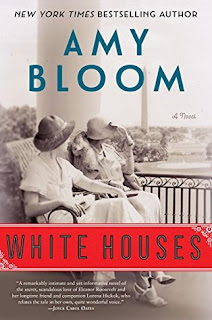 Lorena Hickok, better known as Hick, met Eleanor Roosevelt while working as a reporter in 1932, just before Franklin D. Roosevelt became President of the United States. This was the beginning of the love story that consumed both hearts for the rest of their lives. Lorena had grown up dirt poor in small town USA. She was abused and lonely but her quick wit and determination led her to become the nation’s best known female reporter. Eleanor, distant niece of Theodore and fifth cousin of Franklin grew up in a famous wealthy family and attended English finishing school. She was undoubtedly the most famous First Lady and her desire to save the world one act of kindness at a time filled her years in the White House with incomparable success. She and Franklin had six children. Franklin had many, many relationships outside of the marriage and Eleanor had Hick. Hick was known as the First Friend. Narrated through Hick’s sharp, humorous, intelligence and deep love for Eleanor this fast paced peek into the lives of these fascinating women was completely unputdownable. I have loved all of author Amy Blooms’ novels and this latest is at the very top of my must read 2018 list. Her writing and choice of words as the story was whispered in my ear captured my imagination and heart. Amy Bloom has put her magical touch on these historical figures and it is as if she went back in time and they told her what to write. Highly recommend this incredible read.
Posted by Karen at 5:14 PM