Between Me and You 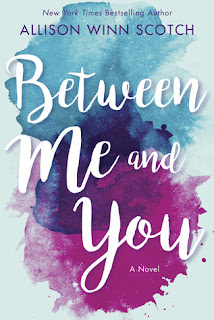 It’s December 1999. Ben and Tatum begin a whirlwind romance right out of a movie. Literally. They are both in grad school in NYC; Ben as a writer and Tatum, an actress. She stars in his Indie short film that shoots him to Hollywood notoriety. They become inseparable and their careers soar with limitless possibility. But as the years go on, their marriage is struggling. Mistakes, secrets, pain and losses can no longer be ignored. All the dreams they once had are hampered by the reality that is Hollywood. The gossip, long hours and trajectory of fame is relentless and unforgiving. The memories that Ben carries of his Dad’s expectations smother every bit of his success. Regret and jealousy become too heavy to manage. The story is narrated through the eyes of Ben and Tatum and alternates between their meeting in 1999, the present and every year in between. Although the timeline can seem confusing at times and must be followed very closely, the clear honest voices of these characters easily pulls the reader into their hearts and lives. Don’t miss this enjoyable read, especially if you’d like a peek at the movie star world we all devour in the tabloids!
Posted by Karen at 1:29 PM