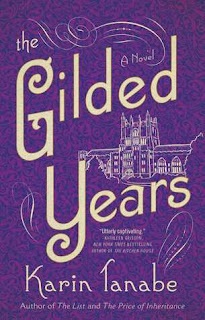 Anita Hemmings was a senior at Vassar in 1897. She managed her college career as planned. Was a top student, well liked, but did not get too close to any of the other girls. Because although Anita was fair skinned and thought of as the most beautiful girl at Vassar, her secret would surely get her expelled. In 1897 Negroes were not admitted to Vassar. Anita had applied as White and had passed quite successfully. But this year she was rooming with Lottie Taylor. In addition to the fact that Lottie was a spitfire with a tremendous personality, she was also the wealthiest girl at school. And Lottie got what Lottie wanted. This magnificent novel tells the story of the Hemming’s family who were from Roxbury, near Boston. Four children and parents who worked their fingers to the bone for their education. Anita’s brother was at MIT and although he too could possibly pass, he was on a special scholarship as a Negro student. He feared for Anita’s safety as she gets too chummy with Lottie and is quickly immersed in Lottie’s world of Fifth Avenue and Harvard boys. Based on the true story of Anita Hemmings, author Karin Tanabe brings to life a time that is at once both hard to imagine and sadly still going on today. I love the characters and clothes and innocent times when girls could barely show their ankles. But it is hard to swallow when you realize it has been over a hundred years and “we” who are made up of so many origins in this melting pot of ours, are still checking the “box”.  Highly recommend this well written, easy to follow journey back in time. Great summer read!!
Posted by Karen at 6:21 PM