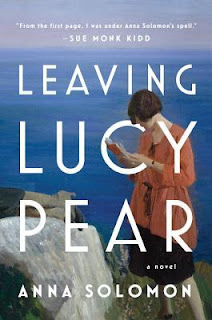 Beatrice Haven’s life has not turned out exactly as planned. The piano prodigy on her way to Radcliffe finds herself pregnant and hiding out at her Uncle’s coastal home until after the birth of her child. Bea’s wealthy parents feel that as soon as the baby is up for adoption she can resume her path that they have worked furiously on perfecting. But Bea is devastated by this loss and never the same again. Emma Murphy discovers an abandoned infant under a tree while picking pears with her family. In this small northeastern coastal town times are tough in 1917 and Emma, mother of eight can barely manage as it is. But when her eyes connect with this delicate being she cannot resist saving and raising this baby as her own. Her hard drinking, moody husband is often gone for long spans of time fishing and losing all his earnings while Emma struggles to keep the clan afloat. A decade later their lives unexpectedly connect and Emma and Beatrice find themselves facing the harsh truth of motherhood and reinventing themselves as they could have never imagined. The storyline and characters are both interesting and lively but for reasons I cannot put my finger on, I struggled through this book with forced determination. I liked each character but there were too many stories to digest. I felt the scenes moved too quickly and I was constantly lost having to remind myself who was speaking. I felt similarly to this authors first novel The Little Bride. This is absolutely beautiful writing but the style is just not for me.
Posted by Karen at 10:02 AM