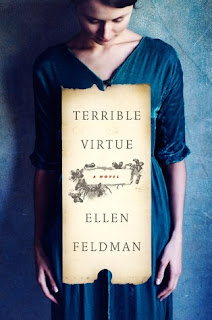 Margaret Sanger had a rough childhood; born in 1879, as one of eleven children. Her miserable mother and drunk father had little to share amongst their many children. The older girls escaped as quickly as possible and Margaret tended to many of the younger ones. With a sharp eye and quick wit Margaret found herself wanting more than the average woman and she refused to believe this was not possible. As she grew both in age and maturity, Margaret married and became a mother to her own three children. She had a lifelong love of learning and thirst for freedom and equality that often could not be quenched. While rebels and socialists fought for rights and the vote, Margaret’s part time nursing position brought her to the tenements along New York’s lower east side. While her political friends held dinners where they discussed world views and downed champagne, Margaret climbed the stairwells of decrepit buildings where dreams were crushed and women were dying. These women asked – no, they begged - Margaret for a way to stop having more babies. There were no alternatives for these women and no restraints for these men they were married to. Margaret spent her entire adult life fighting to establish birth control and planned parenthood. She was an outspoken character that was said to embellish the facts but much of what she fought for changed the lives of innumerable women. We are still fighting for these rights. These legal rights that are made by men. Do I have to tell you this is a must read? Author Ellen Feldman narrates this easy to follow story, the life of a woman that to this day continues to reach out to us. Read it and decide for yourself, but please read it.
Posted by Karen at 4:53 PM