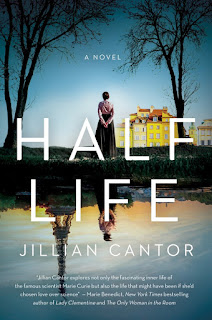 Marya Sklodowska grew up in Warsaw, Poland at a time when it was still part of the Russian Empire. The youngest of five children, Marya’s brilliance was apparent from a very small age. Unfortunately, at this time girls were not encouraged to study and prohibited from attending University. When the family loses all their property and fortune through patriotic uprisings, her parents continued to do everything they could to educate Marya and her siblings. In 1891, devastated after her fiancé Kazimierz calls off their engagement, Marya follows her elder sister to Paris, where she would now be known as Marie. She is quickly first in her class and the only woman studying physics at the Sorbonne. After marrying Pierre Curie, Marie becomes the first woman to ever win a Nobel prize, not once but twice. Time is a funny thing and in a sliding doors scenario we see Marya waiting to board the train to Paris when Kazimierz begs for forgiveness and Marya stays in Poland to marry him, giving up her dreams of university. Alternating chapters view the what if’s of life through Marya’s eyes and the world renowned scientist Marie Curie we continue to be astounded by today.  When forced to choose between love, work and family, every decision brings a different future outcome that can affect not just the decision maker but everyone and everything surrounding them. Highly recommend this fascinating work of historical fiction written in a very original style. After recently watching the movie Radioactive it was easy for me to bring Marie Curie and these incredible characters to life. ⭐⭐⭐⭐
Posted by Karen at 6:37 PM