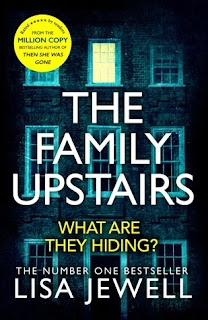 Libby Jones has just turned 25 years old. She has been waiting her whole life for this moment. The letter has finally arrived that will reveal her true identity, her birth family. But this long awaited letter offers little more than inheritance instructions. It is shockingly more than she has ever imagined. A valuable mansion in the very posh neighborhood of Chelsea. When Libby was just an infant the police discovered her alone in this house. A seemingly cared for crying baby abandoned alongside three dead bodies. A note regarding the baby’s care and the seemingly peaceful bodies lying side by side suggests a suicide pact. The sparse food, little furnishings and handmade uniform clothing gives the impression of cult behavior. The police accept the scenario and close the case, reports written and quickly forgotten. The baby is adopted. The burning question is what happened to the other four children who lived in this house? Libby is convinced the answers are hidden within these walls and the mystery surrounding their disappearance. Lock the doors and leave on the light while you immerse yourself in this unputdownable chilling thriller.