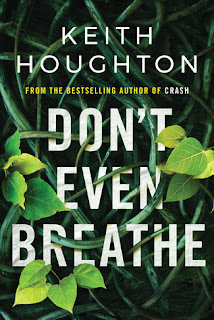 Maggie Novak is spending Halloween with her sister and niece in their quiet Florida suburb, trick-or-treating and parading their costumes with all their neighbors. As lead homicide detective she is called away to investigate a murder scene near a swampy lake out by the highschool. Reported by two suspicious teenagers, a body burnt to a crisp, has been discovered.  At the crime scene Maggie is flooded by memories of a night she regrets that has haunted her for the last 20 years. Although the body is unidentifiable, a purse nearby reveals the license of a woman Maggie has never heard of, Dana Cullen. Maggie is completely flummoxed when other clues suggest it is Rita, her childhood friend, who along with her entire family perished in a house fire two decades ago. These impossible coincidences lead Maggie down a treacherous path where she reveals double identities, revenge and murder. As evidence begins to converge Maggie must choose whether to distance herself from the emotional trauma of her past or follow these clues that betray these long time buried secrets. A well written, fast paced novel, there is nothing better than a Halloween Night murder to get you in the spooky spirit of things!