Early one morning Chiara is called to the dark, mysterious bar 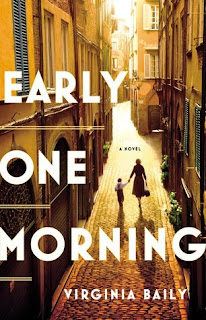 where in the very back the propaganda brochures need to be destroyed. After her discreet duties are fulfilled she is back on the street but something does not feel right. Just outside the Jewish ghetto, soldiers are lining the citizens up in the street. A woman catches her eye and a silent pact is made. As the soldiers load the families onto the truck Chiara races to rescue her "nephew" who is mistakenly pushed along. And it is from that moment a little boy named Daniele enters Chiara's life and silently dissolves her future. In the heart of Rome during WWII, the Germans have taken over the city and Chiara and Daniele escape to her grandmother's farm in the mountains. But it is not safe anywhere, anymore. Later in life Chiara realizes Daniele has never recovered from the loss of his family and turns to an adult life of crime to feed his addictions. Chiara spends years trying to help Daniele but in essence enables his destructive behavior until he finally disappears for good. A mysterious phone call awakens the sadness and loss Chiara still grieves from. The teenager in England is searching for Daniele too, as she believes he is her biological father. Together they try to find Daniele and learn much about themselves along the way. Unfortunately, this review - the very basic theme for the novel - sounds like a great story but I had a lot of trouble connecting with the aloof characters who are unrealistic and unlikable. I cannot put my finger on what exactly is missing but the story does not pull the reader in as I expected. I wanted to know what was going to happen but couldn't get there fast enough and then finally there, an uninspiring finale.
Posted by Karen at 10:57 AM