Jack Sommers is a fairly ordinary accountant from Chicago. 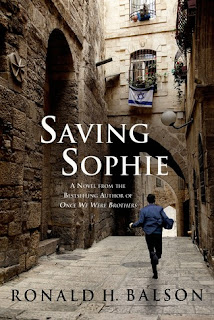 Suddenly two men are dead, Jack is missing and so is eighty eight million dollars. As lead counsel helping to close a huge business deal at the Jenkins firm where he has worked for many years, all fingers are pointing at Jack and he is nowhere to be found. Jack’s wife passed away a few years ago and recently his daughter has been kidnapped by her grandparents and hidden away in the Palestinian territory of Hebron in Israel. Liam, a private detective and Catherine, his girlfriend, have been hired by Jenkins to defend the firm, locate Jack and find the money. This suspenseful page turner takes us on quite a journey from the Russian mob in Chicago to a hiding place Hawaii and finally Israel. Piece by piece the puzzle is put together by Liam with his Irish charm and the very good looking spy Kayla who has her own secret reasons to search out the terrorist group she believes is planning something bigger than 9/11. In the easy fashion that this author brought us the smash hit Once We Were Brothers, Ronald Balson grabs the reader at full speed and won’t stop until justice prevails. Highly recommend this in depth look at the dark side of both politics and greed while simultaneously testing the bonds of love and friendship.
Posted by Karen at 11:52 AM