Susanna, an inquisitive young girl, is the main character 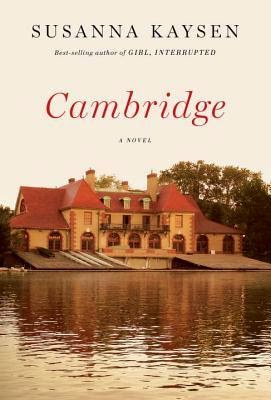 and narrator of this novel-like-memoir by Susanna Kaysen, author of 1993 bestseller Girl, Interrupted. The story begins in England when the family relocates for a year sabbatical from university life at Harvard. Susanna is immediately as grim as the dark rainy sad days she describes. Elementary school is pure torture. Onward, the family returns to Boston and Susanna continues to barely scrape by on her lonely existence. Her parents, highly intellectual, in an awkward relationship, a younger sister vaguely mentioned, a Swedish nanny named Frederika, whom she adores and Roger, the one friend she can tolerate that she feels close to. And so continues the saga of poor Susanna's life. The family traipses off to Greece for a year where amid the ruins and bad economy of the 1960's, Susanna once again feels left out and unnecessary. Susanna Kaysen is a fantastic writer, her words flow effortlessly as she describes in meticulous detail her childhood (or something like it - since technically this is not a memoir) quirky parents and search for adolescence as she faces her imposing teens that lay ahead. She is most certainly witty and honest and smart as a whip but the sadness is so apparent, the loneliness so contagious that it was almost too depressing to read. Perhaps my knowing that this young girl later grew up to write Girl, Interrupted, which became a cult classic and somewhat biographies her teens, may have set the tone for what I already anticipated would be a dark story. It is a quick, interesting well written novel but you must be in the mood for this type of genre.
Posted by Karen at 8:11 PM