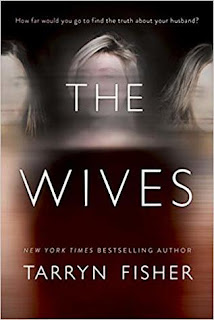 Thursday is a young woman living in Seattle. She works as a nurse at the hospital and is married to a handsome, successful man named Seth, whom she adores to no end. Raised in Utah as part of a large polygamist family, Seth has grown into similar arrangements of his own. Thursday is his legal wife but Monday and Tuesday are his other wives. Accepting this arrangement and seeing Seth only part of the week has been difficult for Thursday from the start but lately she cannot restrain herself from wanting more information about these other wives. What begins as a search based on jealousy and competition, who can be the better wife, quickly turns to rage and suspicion. This absolutely twisted, suspense, psycho thriller had me on the edge of my seat. Have not been this spellbound since Gone Girl. Going to be an intense book club discussion.