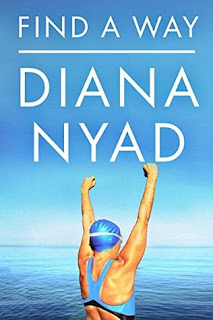 Diana Nyad was swimming throughout her tumultuous childhood and adolescence. Her unwavering commitment and mantra “Never, ever give up” drove her to become a world champion swimmer in her twenties, and a household name when she set a record swim around Manhattan Island. After retiring, she enjoyed success as a popular sports broadcaster and motivational speaker. Thirty years later, at sixty, Diana Nyad shockingly reentered the competitive swimming world with one goal in mind; an ocean swim from Havana to Key West, 111 tortuous jelly-fish, shark infested miles never done before without aid of a shark cage. Her unending determination to realize The Dream and overcome deeply buried pain from past physical and emotional abuse, took Diana on the ultimate race of her life. Unputdownable memoir of courage, faith and friendship.