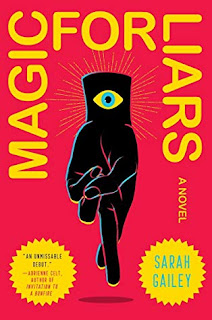 Ivy and Tabitha Gamble may be twins but they could not be more different. Ivy, a private Investigator, has been hired by Osthorne Academy of Mages where Tabitha is an established professor of Theoretical Magic. Resenting Tabitha for her troubles and the early loss of their mother, Ivy has kept her distance for many years. While Tabitha flourished in the world of charms and potions, Ivy struggled with her career and loneliness. A hideous murder has taken place at the academy and it is Ivy’s job to solve the case and see clearly through the very magic that has cast a spell over her entire life. With a little bit of Hogwart’s wizardry and whodunit mystery, this beach read is a magical ride.