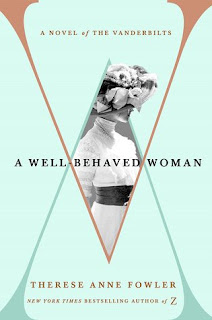 Alva Erskine Smith was a resourceful young woman. Her successful parents were socialites and raised their daughters to be educated, independent and worldly. After her mother unexpectedly passed away, her father quickly succumbed to his own illness and loss. The girls were left with very little. All they had was each other and their superior family bloodline. It was up to Alva to marry well and get their family back on their financial feet. She managed to seduce William Kissam Vanderbilt. Their family fortune was growing steadily but the Vanderbilt name was not yet considered amongst the higher ranks of New York. They could help each other. And for the next twenty years that is precisely what they did. While William spent money and wooed various women behind her back, Alva was out to make sure the Vanderbilt’s name would be set in stone. Alva was forward thinking, generous and intelligent. Author Therese Anne Fowler takes us on another incredible journey through time. New York City comes alive in our imaginations as history is made. This well written, interesting and enjoyable read is a must for anyone who loves historical fiction.