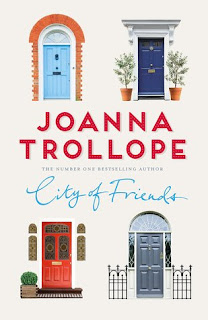 Stacey Grant loses her job, a position of power and prestige. She has devoted her entire adult life to attaining this success. She is lost without it and leans on her three dearest friends for support. They have been best friends since university days. Each in a successful career position that they fought for along with their independence in a male dominated economy. I normally adore settings in London, stories of friends and whirlwinds of romance but not this time. These women were annoying and whined incessantly. They were neither good mothers, spouses or even good friends but considered themselves experts at all. They were not quirky or funny, just selfish and dumb. Their underlying collective insecurity was staggering and unrealistic to me. I wanted to like this one but sorry to say, not one character, not one bit.  👎
Posted by Karen at 9:45 AM