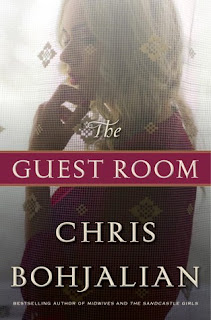 to host his younger brothers bachelor party he is thinking some beer, chips and maybe go out on a limb with a stripper. His wife Kristin and their beautiful young daughter spend the night at her mother’s in the city and plan a fun weekend to follow. When Kristin’s phone rings in the middle of the night she knows it cannot be good news. Richard is at the police station. His party has turned into a nightmare and their magnificent home is covered in blood. And so unexpectedly turns their idyllic, normal life into a made for tv movie including Russian gangsters and young sex slaves. Richard’s immense guilt is compounded by his “almost” sex with one of the “entertainers” and his initial honesty may destroy his marriage, it may destroy his life. This absolute page-turner is expertly written by one of my favorite authors Chris Bohjalian. The very fine line between what is right and what is definitely illegal is easily crossed and Richard’s conscious will not allow him to walk away from what is probably one of America’s most accepted escapades, that of a bachelor party. He faces the truth about his relationship with his brother, his wife and bizarre characters that surround this horrifying situation. I could not put down this electrifying read, like watching a train wreck. Highly recommend this suspenseful thriller that will have you thinking about these characters long after you are finished reading!
Posted by Karen at 8:58 AM